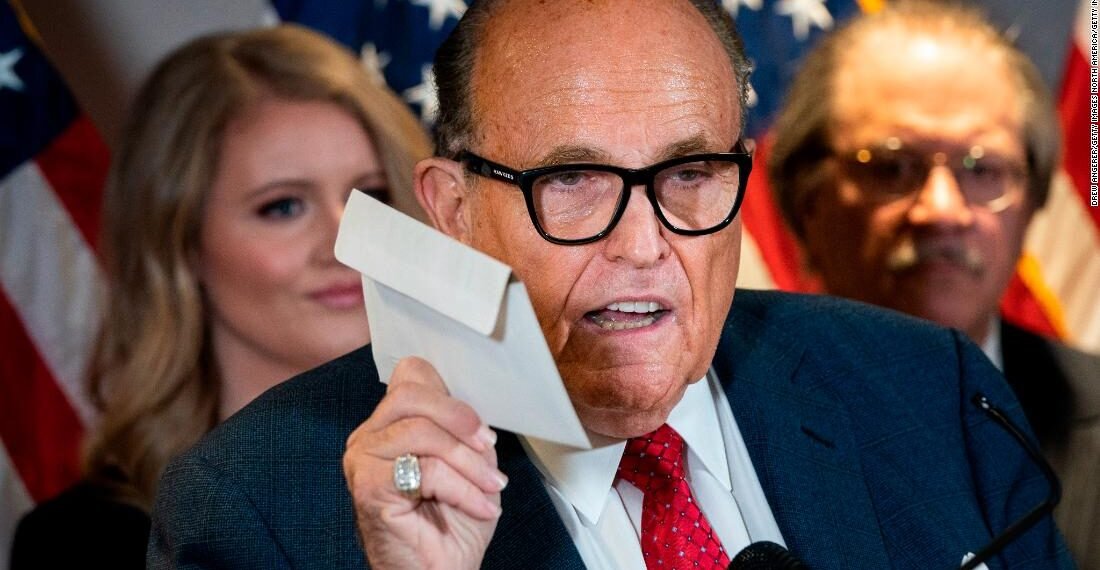 Giuliani was admitted to Georgetown University Hospital on Sunday, a source familiar confirmed to CNN.

A few hours after Trump shared the news, Giuliani, himself, appeared to confirm his positive diagnosis by posting on Twitter that he’s “getting great care and feeling good.”

There have been no additional details provided about his condition, and it is unclear when Giuliani received a positive test for Covid-19. He and his spokeswoman have not responded to CNN’s requests for comment.

The former mayor of New York has been crisscrossing the country to battleground states, leading the President’s long-shot legal battle to overturn the results of the 2020 presidential election.