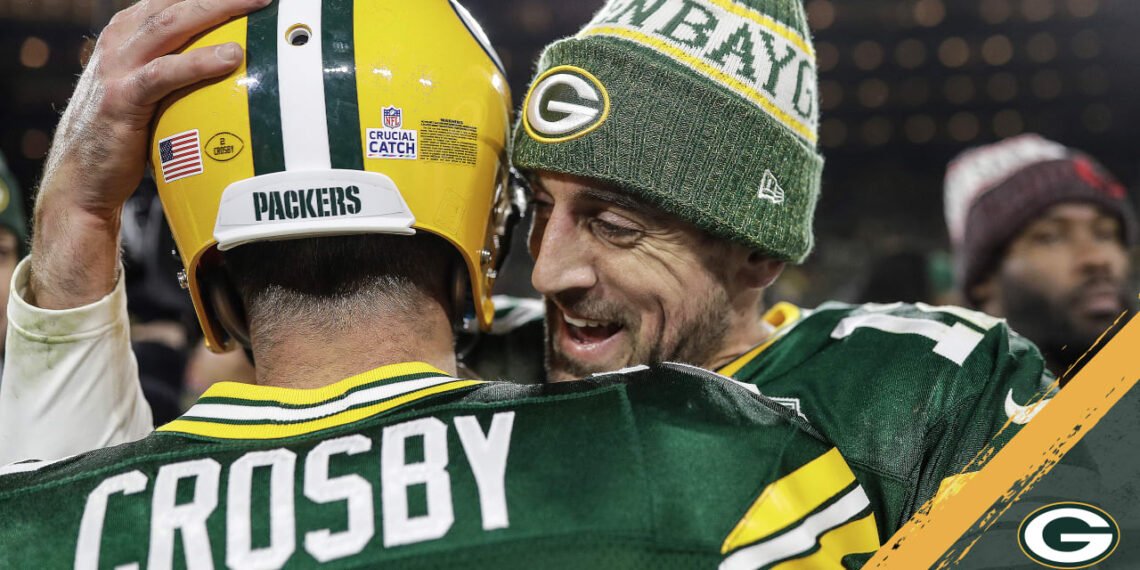 GREEN BAY – Aaron Rodgers didn’t even need to look at the uprights to tell the kick was good.

All the Packers’ quarterback had to do was glance at his kicker, the only one Rodgers has known during his 13-year run as Green Bay’s starting QB, to know Mason Crosby just made his most difficult field goal of the season this past Sunday at Ford Field.

“I think kickers pretty much always know,” said Rodgers during his weekly appearance on the Pat McAfee Show on Tuesday. “A lot of times you watch the kick and you go right back to the kicker. I looked back at Mas and I could tell it was going in.”

Crosby’s 57-yard strike marked his longest make in seven years and was essential to the Packers turning back the Detroit Lions 31-24 to clinch back-to-back NFC North crowns.

As the only remaining members of the Super Bowl XLV team, Rodgers and Crosby share a bond few…