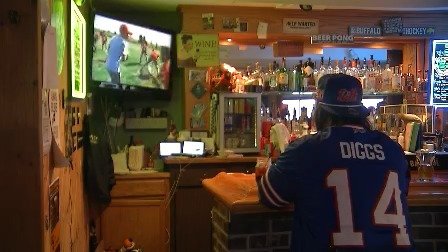 ORCHARD PARK, N.Y. (WIVB) — Monday night marked yet another home game for the Buffalo Bills without a single fan allowed inside the stadium, forcing many to turn to local bars and taverns down the road to cheer on the team.

Last month Gov. Andrew Cuomo announced he would tour Bills Stadium to come up with a plan how to safely bring fans back, but there is still no clear timeline when that will happen. News 4 has made multiple attempts to ask the Governor’s office when this tour will happen, but we have yet to hear back.

Fans were especially frustrated for Monday’s match up against defending Superbowl champs, the Kansas City Chiefs, since many believed this would be the game people could cheer on the team in-person. Some even traveled from out of state in hopes to watch their beloved Bills from the stands.

And Bills fans aren’t the only ones feeling the harsh…

Turn Your Phone Into A Finger Skateboard With Skapp, An Actual PS4 Game

10 Video Games To Look Forward To If You Loved Spyro

10 Video Games To Look Forward To If You Loved Spyro