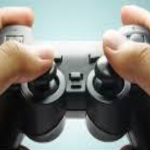 A Brighton and Hove recruitment firm which finds staff for online gaming businesses has won an industry award.

TIGA is one of Europe’s biggest network of independent games developers and publishers.

The awards are in their ninth year and, uniquely in the sector, recognise leading games from small, medium and large studios as well as the vital role of service providers and educators.

Big Planet is based at Hove Technology Centre, in St Joseph’s Close, Hove, and is in its seventh year of business.

The Best Story-Based Xbox One Games Of All Time

The Best Story-Based Xbox One Games Of All Time