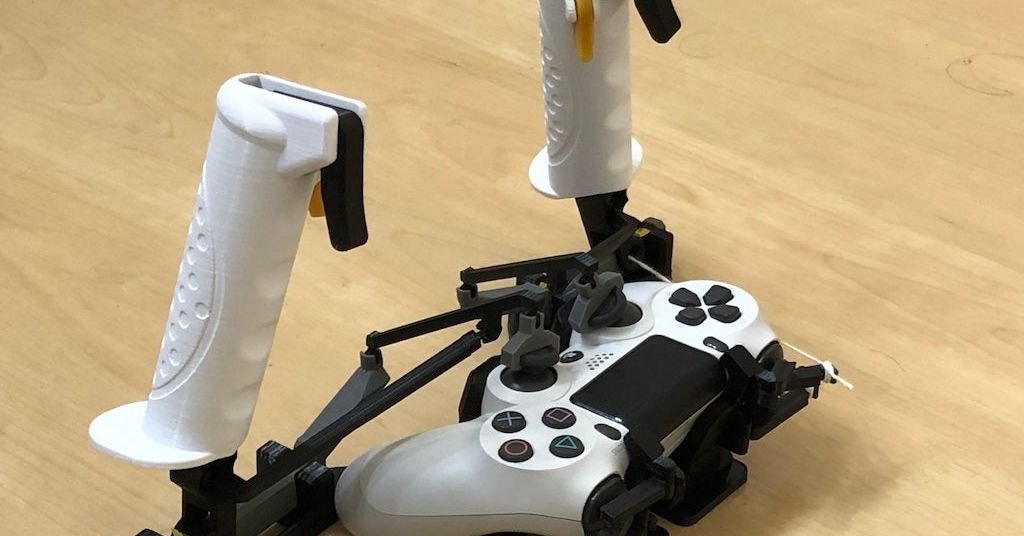 After delighting us with his 3D-printed joystick and throttle, which turned an Xbox One controller into a DIY HOTAS (hands on throttle-and-stick) setup, YouTuber Akaki Kuumeri has returned with a new version that works with the PS4’s Dualshock 4 controller. This time, there’s the option of having two joysticks and no throttle, plus thumbsticks and triggers to press the controller’s shoulder buttons and triggers.

The added triggers are great for playing flight combat games like the recently released Star Wars Squadrons, where you’ll need them for shooting down enemy ships. The joysticks’ triggers and buttons use lengths of string to press the controller’s buttons, which Kuumeri admits can feel a little flimsy.

Other designs add joysticks and throttles to Xbox or Nintendo controllers

If you want to give the project a try, then Kuumeri’s design is available to download…