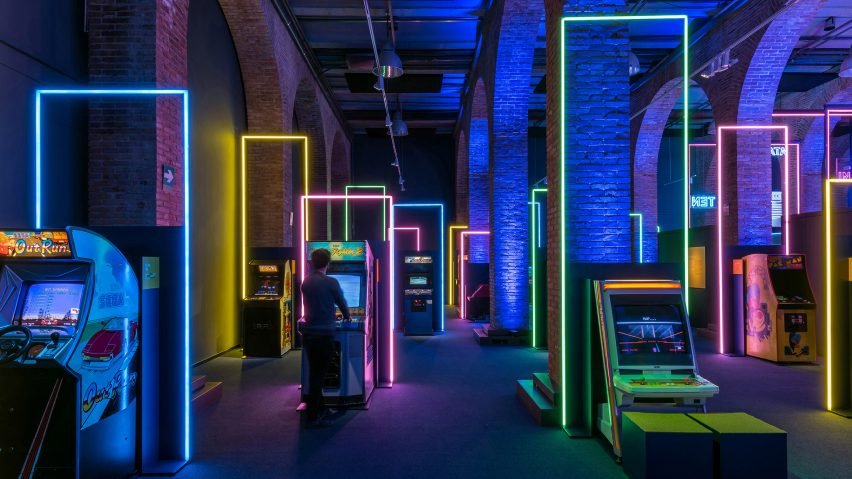 Spanish practice Smart & Green Design re-designed the Barbican’s touring Game On exhibition for a former underground cistern in Madrid, using more than 150 LED arches to evoke the neon colours of the 1980s.

The retrospective, which is reportedly the largest international exhibition to explore the history of video games, spans more than 400 collector’s objects and drawings covering the birth of the technology in the 1960s to the present day.

Alongside this, 150 original video games can be played as part of the show, including early games like Space Invaders and Tetris, classics like Rock Band, Pokemon and The Sims as well as more recent games like Fifa and Wii Sports.

After touring more than 30 countries including China, the US and Australia, the exhibition came to Madrid between November 2019 and May 2020 courtesy of arts and culture…