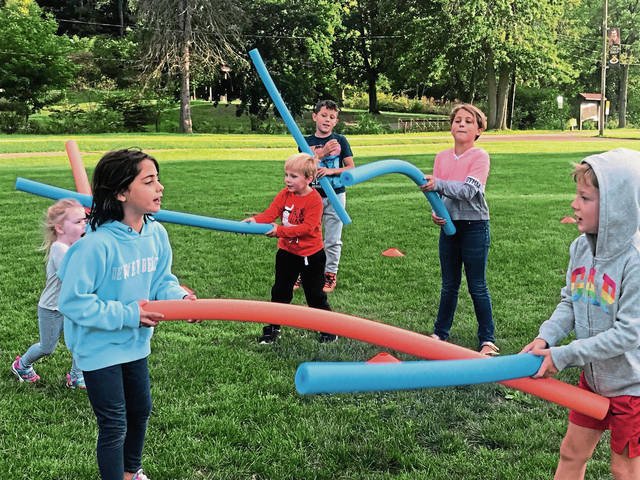 TribLIVE’s Daily and Weekly email newsletters deliver the news you want and information you need, right to your inbox.

Ten-year-old Benjamin Brown didn’t like being picked for the same team as his 6-year-old brother, Drew.

But there were more than a dozen other area kids for the Greensburg boy to play with in a game of Capture The Flag on Friday evening at Greensburg’s Lynch Field.

The city’s recreation program manager, Lydia Kinkaid, showed the children how to gently tag each other with pool noodles so they could maintain social distancing. Then the two teams raced off toward each other, each player trying to capture the opposing squad’s flag without being tagged and sent to “jail.”

The Brown brothers’ mother, Lauren, said the opportunity to play outdoors with peers is good for all the participating children — particularly for Benjamin, who…