‘I Forget About the World:’ Afghan Youth Find Escape in a Video Game 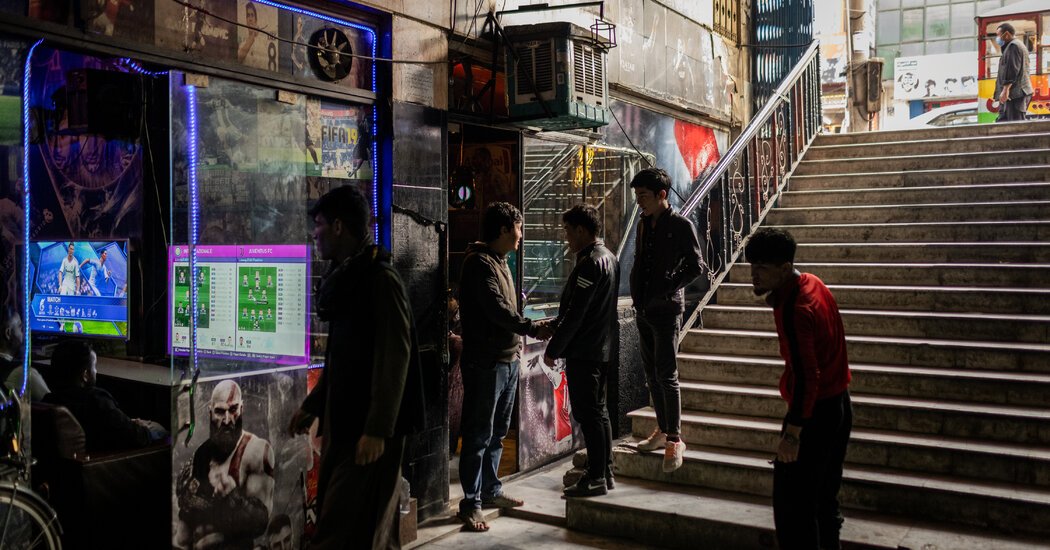 KABUL, Afghanistan — Rifle fire, hurried footsteps and distant explosions. The rat-a-tat of a firefight. Cars mangled from grenades. The young man was transfixed.

It could have been any day in Kabul, where targeted assassinations, terrorist attacks and wanton violence have become routine, and the city often feels as if it is under siege. But for Safiullah Sharifi, his behind firmly planted on a dusty stoop in the Qala-e Fatullah neighborhood, the death and destruction unfurled on his phone, held landscape-style in his hands.

“On Friday I play from early morning to around 4 p.m.,” said Mr. Sharifi, 20, with a sly grin, as if he knew he was detailing the outline of an addiction to a passer-by. His left hand is tattooed with a skull in a jester’s hat, a grim image offset by his lanky and not-quite-old-enough demeanor. “Almost every night, it’s 8 p.m. to 3 a.m.”

‘Landflix Odyssey’ Comes To PS4/Xbox One This Week, Switch Next Month