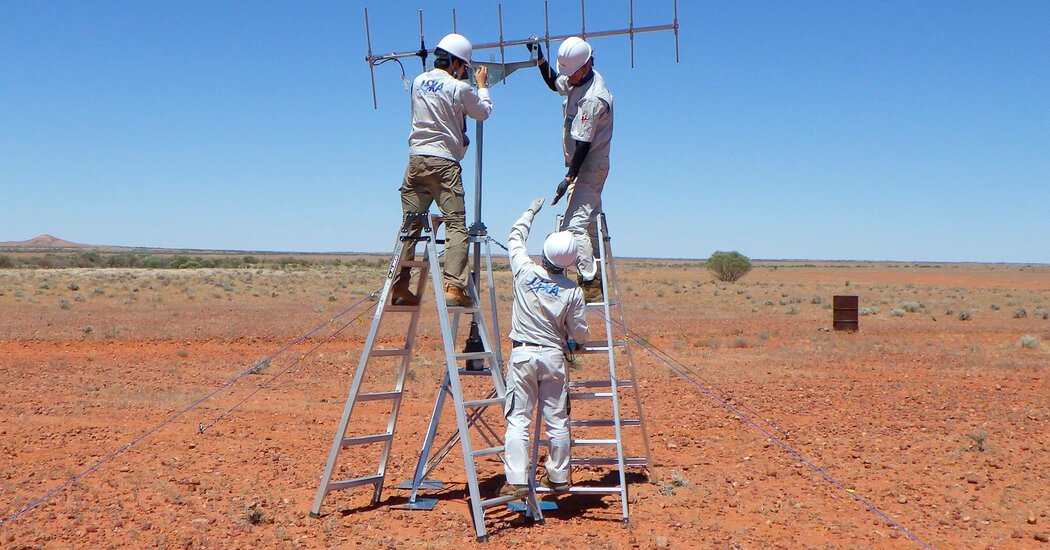 Japan’s space agency is nearing the end of a journey of discovery that aims to shed light on the earliest eons of the solar system and possibly provide clues about the origins of life on Earth.

But first, it is going to have to go on a scavenger hunt in the Australian outback.

This weekend, bits of an asteroid will land in a barren region near Woomera, South Australia. These are being ferried to Earth by Hayabusa2, a robotic space probe launched by JAXA, Japan’s space agency, in 2014 to explore an asteroid named Ryugu, a dark, carbon-rich rock a bit more than half a mile wide.

The success of the mission and the science it produces will raise Japan’s status as a central player in deep space exploration, together with NASA, the European Space Agency and Russia. JAXA currently has a spacecraft in orbit around Venus studying that planet’s hellish climate and is collaborating with…