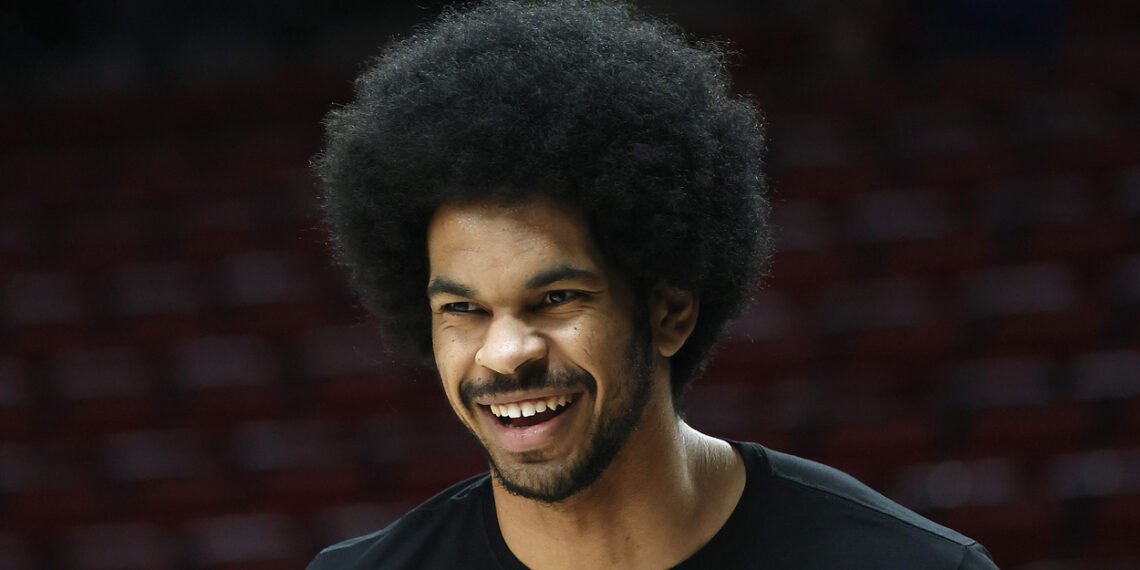 At 24-18, the Cleveland Cavaliers are feeling good about the direction of the team. Multiple players have served as major contributors thus far, though arguably none more than Jarrett Allen.

In his first full season with the Cavaliers, Allen is the anchor of a team that ranks within the top-three in defense just over the halfway point. But the fifth-year center also has a bit of offensive game as well, averaging 16.7 points in a career-high 32.6 minutes per game. And every time Allen scores, Rocket Mortgage FieldHouse in Cleveland is alerted by a sound both Allen and video game lovers everywhere can greatly appreciate.

When the NBA All-Star Game tips off on February 20 in Cleveland, don’t be surprised if Allen is there representing the home team.

Cleveland was fortunate to land Allen in…