LiveEmmys 2020 Updates: What to Watch For 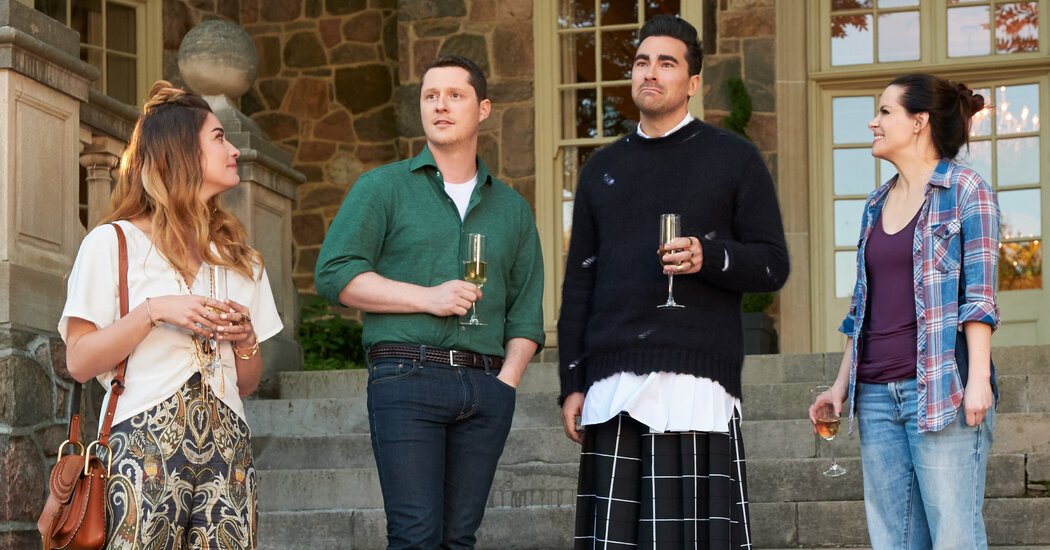 Welcome to the Wi-Fi Emmys, hosted by Jimmy Kimmel in a nearly empty arena.

The 72nd Emmy Awards on Sunday at 8 p.m. Eastern time won’t look anything like the earlier ceremonies celebrating the year’s achievements in television and streaming.

Red carpet? Canceled. Actors seated shoulder to shoulder in an auditorium as the envelopes are unsealed? Nope.

Jimmy Kimmel will host the unpredictable ceremony from a nearly empty Staples Center in downtown Los Angeles as more than 100 nominees watch — and broadcast themselves — from locations ranging from Berlin to Fayetteville, Ga.

Producers of the show, airing on ABC and Hulu Live, have encouraged the nominees to dress however they want — and to feel free to have their kids and family pets with them on the couch when the winners are announced.

The makeshift quality may boost interest…