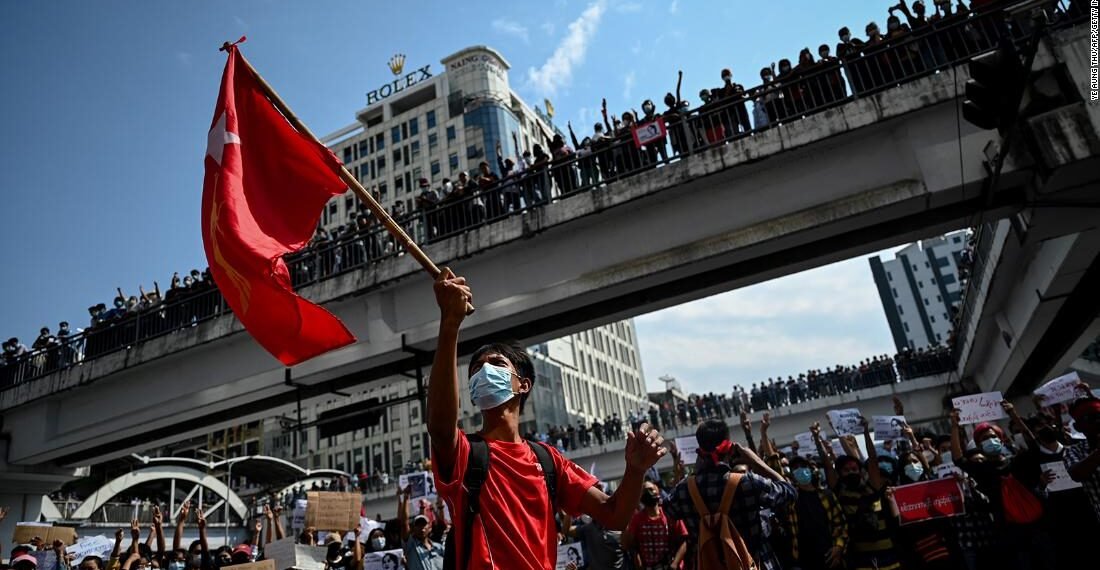 In a statement on the government-run MRTV channel, the military warned that “democracy can be destroyed” without discipline, and that people who “harm the state’s stability, public safety and the rule of law” could face legal action.

The warning came as two people were seriously injured in the capital Naypyidaw on Tuesday after police officers allegedly shot at protesters, according to the political party of deposed leader Aung San Su Kyi.

“A young man sustained a gunshot wound to the chest and another woman… was hit in the head by a bullet that pierced a motorcycle helmet,” National League for Democracy (NLD) Party spokesperson Kyi Toe said in a Facebook post on Tuesday afternoon.

Toe said that a doctor had confirmed the female victim would was currently in critical condition and would need to be placed on a ventilator.

“The doctor said the wound was from a real bullet, not a rubber…