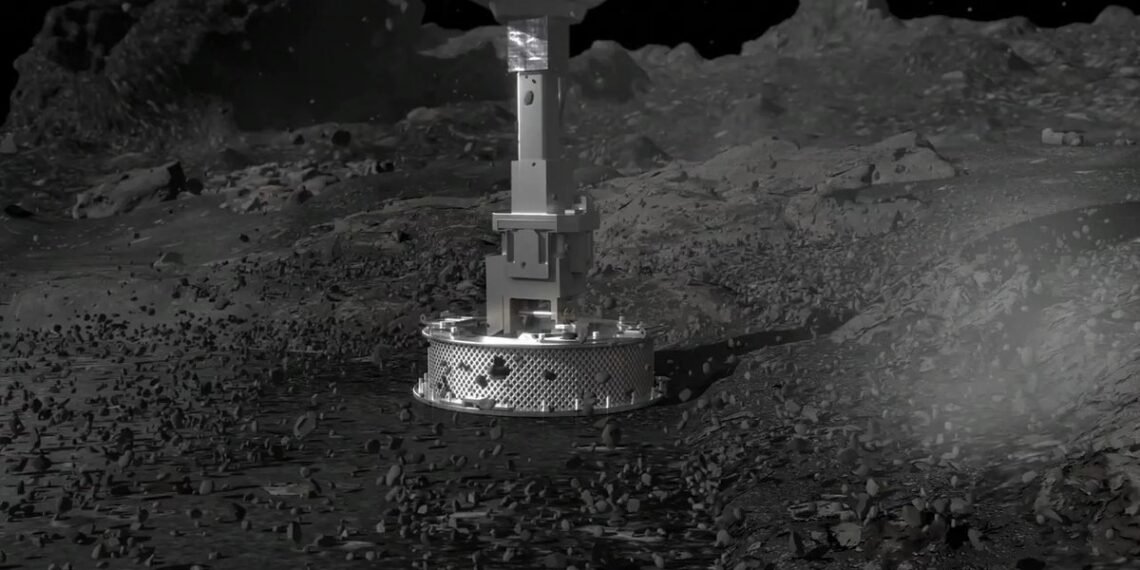 A Nasa spacecraft has successfully landed on an asteroid, dodging boulders the size of buildings, in order to collect a handful of cosmic rubble for analysis back on Earth.

The space agency team behind the Osiris-Rex project said preliminary data showed the sample collection went as planned and that the spacecraft had lifted off the surface of asteroid Bennu.

“I can’t believe we actually pulled this off,” said lead scientist Dante Lauretta of the University of Arizona. “The spacecraft did everything it was supposed to do.”

Nasa administrator Jim Bridenstine offered his congratulations, saying: “We are on the way to returning the largest sample brought home from space since Apollo. If all goes well, this…