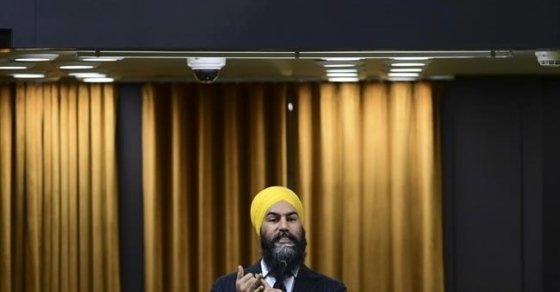 OTTAWA — Jagmeet Singh committed a grisly slaying in front of Alexandria Ocasio-Cortez on Friday night. Fortunately, the victim was a video game character, not a human being.

The NDP leader squared off against the firebrand member of Congress in “Among Us,” a popular online multiplayer game, as a way to reach young people where they hang.

Between galactic missions carried out by stubby, spacesuit-clad avatars, Singh and Ocasio-Cortez extolled the importance of universal pharmacare, political civility, a living wage and rehabilitation over punishment.

“Another world is not only possible, but it exists. And in so many places in the U.S. it exists, like, a three-hour drive away from people who are saying it’s impossible,” said Ocasio-Cortez, referring to cheap health care and more generous employment insurance north of the border.

Legislators have an obligation to connect with…