On Kabul’s Streets, a Symbol of America’s Lost Influence: Hundreds Dressed in Burqas 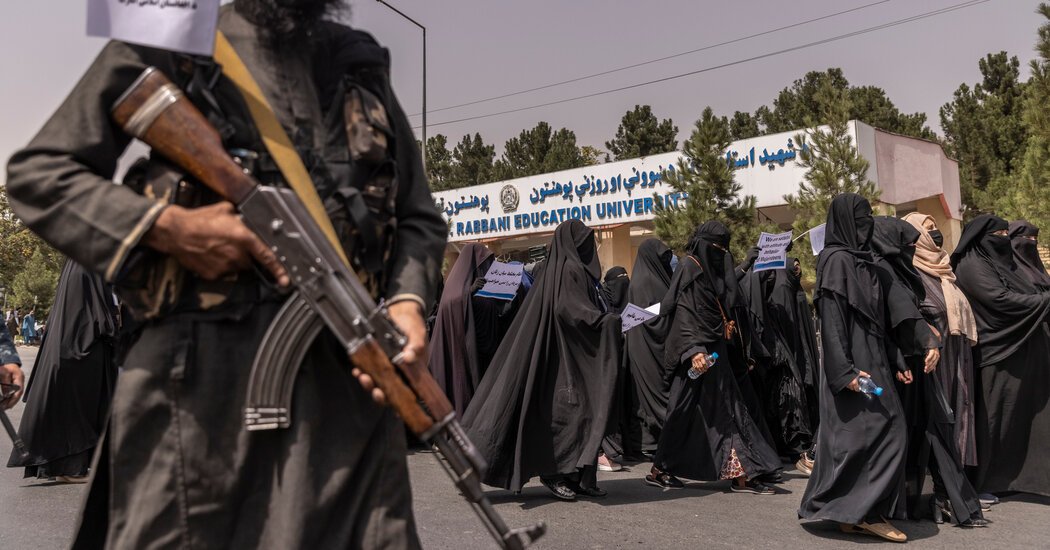 Hundreds of women, many wearing full-length burqas, their faces veiled, filled the auditorium of a Kabul university on Saturday holding signs — many of them in English — in support of the Taliban and its strict interpretation of Islam, including separate education for men and women.

Reporters on the street near Saturday’s march were kept away from the protesters by Taliban fighters armed with automatic rifles and were not allowed to speak with any of the women. Later attempts to reach the participants through social media or the university went unanswered.

The demonstration, held on the 20th anniversary of the Sept. 11 attacks, served as a stark reminder of how…