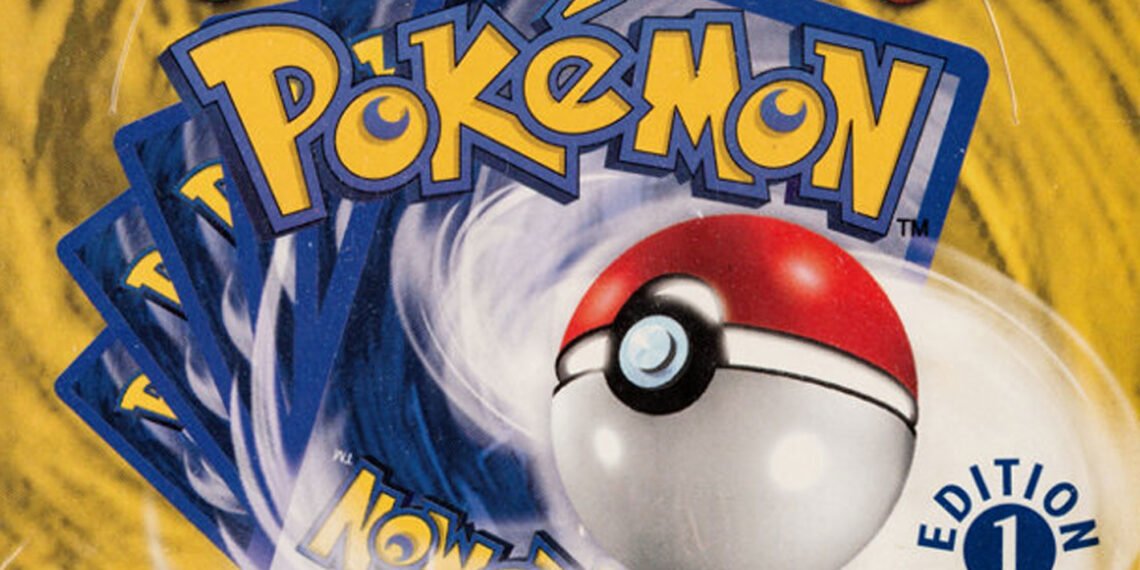 A new record price has been set for an unopened box of first edition Pokémon Trading Card Game boosters at auction.

The rare item sold for £297,000, at an auction on January 15 handled by Heritage Auctions.

Original release Pokémon cards have become popular amongst celebrities and YouTube influencers, since the rapper Logic paid £173,000 for a first edition Charizard card.

Yesterday (January 20), one of two extremely rare presentation type Blastoise cards sold for a record breaking £262,000, making it the most expensive Pokémon card ever sold.

The two Blastoise presentation cards were printed in 1998 by Wizards Of The Coast, and come with blank backs, whereas the other cards in the test pack that were printed have Magic: The Gathering backings.