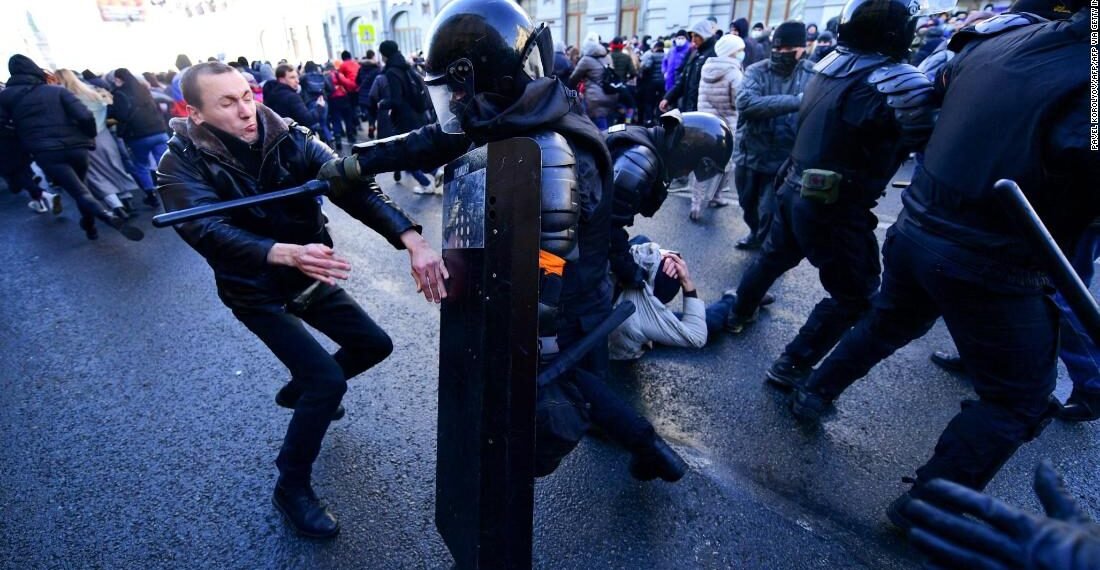 According to OVD-Info, an independent site that monitors arrests, 369 people have been detained as of early Saturday afternoon Moscow time.

The demonstrations kicked off in Russia’s far east city of Vladivostok and spread to the west as the day progressed. Navalny’s supporters said Friday they were planning protest across 90 cities and videos posted on social media showed crowds of people gathered in Vladivostok and a number of cities across Siberia and central Russia.

One video showed a small protest in the city of Yakutsk, where temperatures dropped to -53 degrees Celsius (- 63 Fahrenheit) on Saturday.

By early afternoon, crowds of people started to gather at Pushkin square in central Moscow, where the largest protest was expected to happen. They were met by police in riot gear. Scores of protesters were arrested even before the protest officially started.