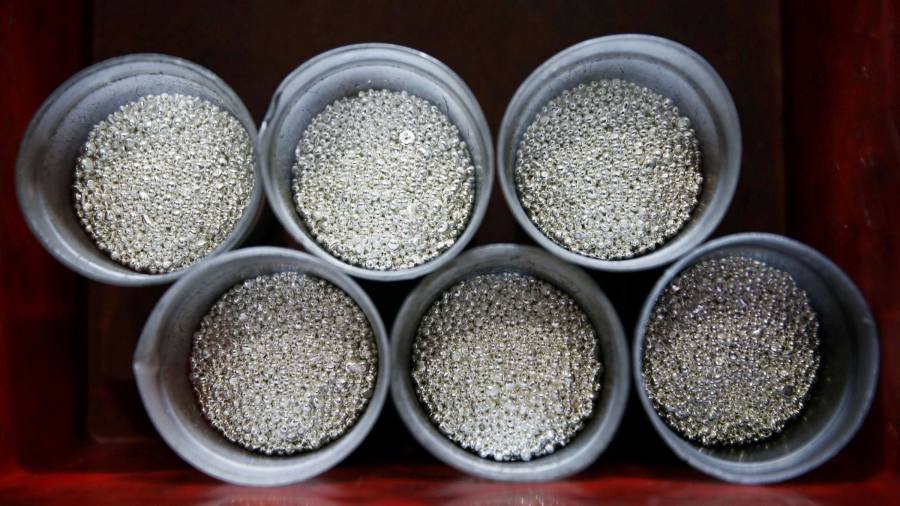 The world’s largest silver-backed exchange-traded fund, the iShares Silver Trust, recorded almost $1bn in inflows on Friday, according to data from BlackRock, the fund’s sponsor. The jolt of new investments came after a user in Reddit’s WallStreetBets forum urged people to buy shares and options to put a squeeze on banks.

Prices for silver rose by 6 per cent to $28.61/troy ounce in early Asia trading on Monday. That followed a 6 per cent jump last week and a rally in shares in miners of the precious metal, with New York-listed First Majestic rising by 29 per cent. “It’s a fools’ errand, it’s financial anarchy; somebody is going to get hurt,” said Ross Norman, a veteran precious metals trader.