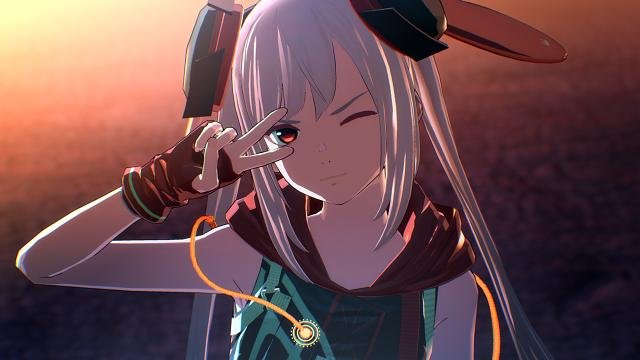 We get to take another look at the eerie world of the game and at the enemies named Others.

We also take a look at newly revealed characters.

Arashi Spring is a public relations officer and basically the face of the Other Suppression Force. She is a pretty and cheerful girl enthusiastic about her work, and as such she has many fans regardless of gender and age.

That being said, that’s how she acts exclusively in front of a camera. When she’s not on air, she’s lazy and always tries to skip work.

However, her actual abilities are said to be Septentrion-level and she’s also a genius engineer. As long as she can be motivated, her skills are very reliable.

She’s actually the real sister of Fubuki, commander of the 1st team of the Force. Due to a disparity in the growth control…