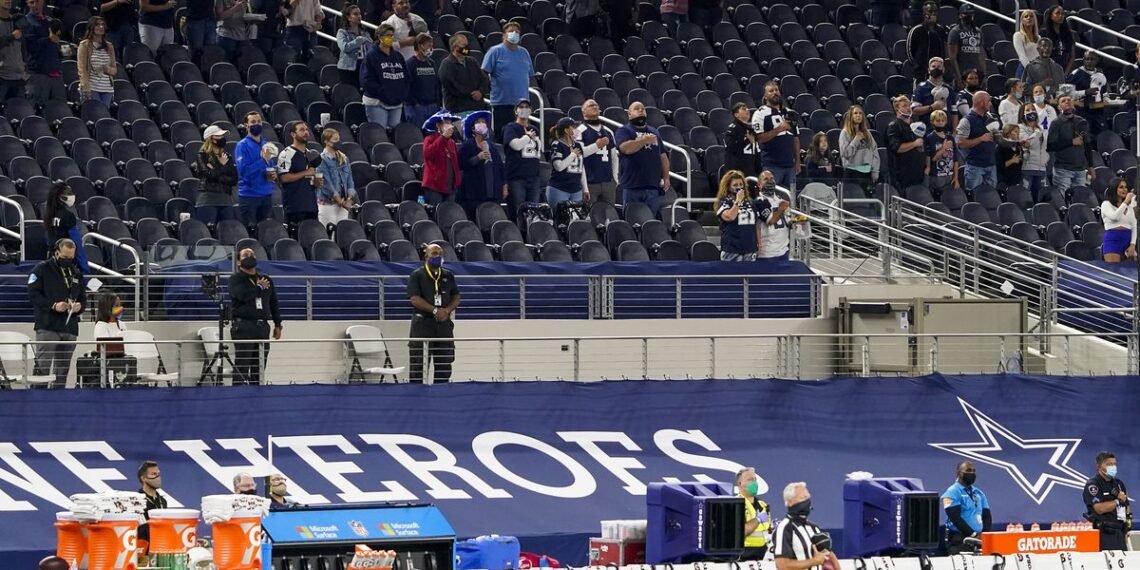 At least eight Tarrant County residents attended a Cowboys game this season and were later diagnosed with COVID-19, a county spokesperson said in a statement Thursday, but it cannot be concluded whether any of those individuals contracted the virus at AT&T Stadium.

The official stressed this point when providing the data.

“That does not mean Tarrant County Public Health can say these individuals contracted the virus at a game,” the spokesperson said. “The exposure could have occurred before or after the event.”

The Cowboys have hosted 128,760 fans during the COVID-19 pandemic, more than double any other NFL franchise. Their decision to do so, amid a surge in cases across the country and North Texas, naturally attracts the question of whether too many fans are being allowed.

A data-supported answer to that question is difficult to produce.