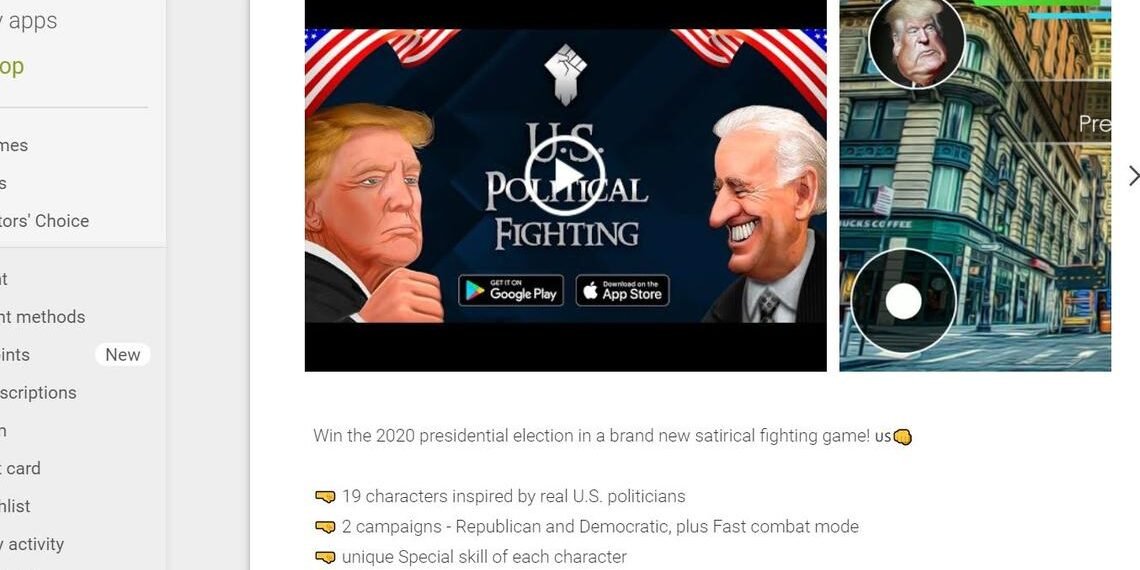 The nonpartisan smartphone game parodies the Mortal Kombat series that pitted a player against another player. U.S. Political Fighting features well-known politicians battling each other, but it is not graphic in nature, unlike Mortal Kombat, which was as gory as it was fun.

The latter featured signature kill moves in which each of the particular combatants were urged to “Finish him!” and polish off their opponents in deadly fashion. The victor would vanquish his or her opponent in a particularly gruesome manner, such as ripping the other’s spine out.

US Coronavirus: US hits second-highest day of new Covid-19 cases

1 vs 100 may return on Xbox Series X, according to Phil Spencer

1 vs 100 may return on Xbox Series X, according to Phil Spencer