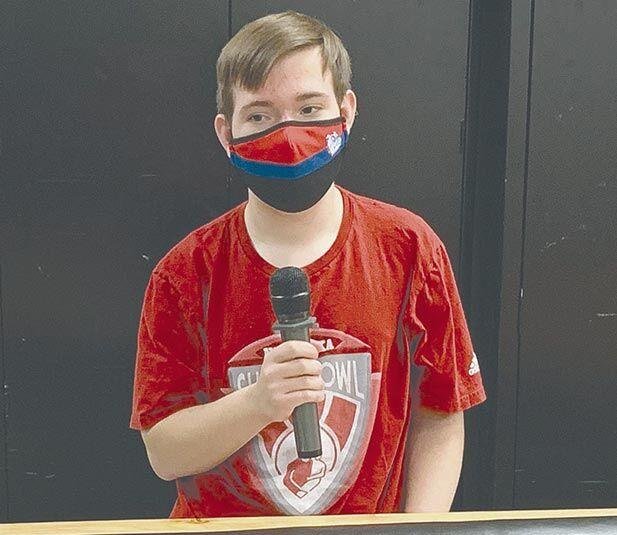 HUMPHREY — The woman from Tri-County approached them with a couple of goody bags, just to say thanks for the great broadcasts.

Carson Schnitzler and Jason Sjuts were providing the commentary for playoff volleyball, and the visitor wanted to let them know it was appreciated.

While Sjuts is now part of the action, Schnitzler is calling the games solo.

Perched on the top row of the bleachers, the Humphrey High School junior is in his element and getting valuable experience for something he hopes becomes a career.

“I’ve just been watching sports my life and watching games, and I thought it’d be pretty cool, so I just started picking up on it. It’s a lot of fun,” Carson said.

In the past he announced starting lineups at games and this year began doing play-by-play for the school’s live-streaming.