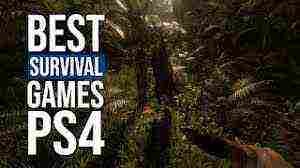 Tribes of Midgard | Norsfell Games
It’s Ragnarök, the Gods are gone, and dark beings are hunting for the sacred Seed of Yggdrasil that your Viking clan is sworn to protect. Explore the land, craft weapons and defend your home from Giants.

Conan: Exiles | Funcom
Set in Robert E. Howard’s brutal fantasy realm, this sandbox action survival game can be enjoyed alone or online. Your warrior must build a home and craft weapons of war to survive a vicious and vast open world.

Worlds unknown
Strive against environments both hostile and unfamiliar – uncharted locations filled with uncertainty and peril.

ARK: Survival Evolved | Wild Card Games
You are one of hundreds of players trapped on ARK, a hostile island designed to test your survival instincts. Tame over 100 prehistoric…