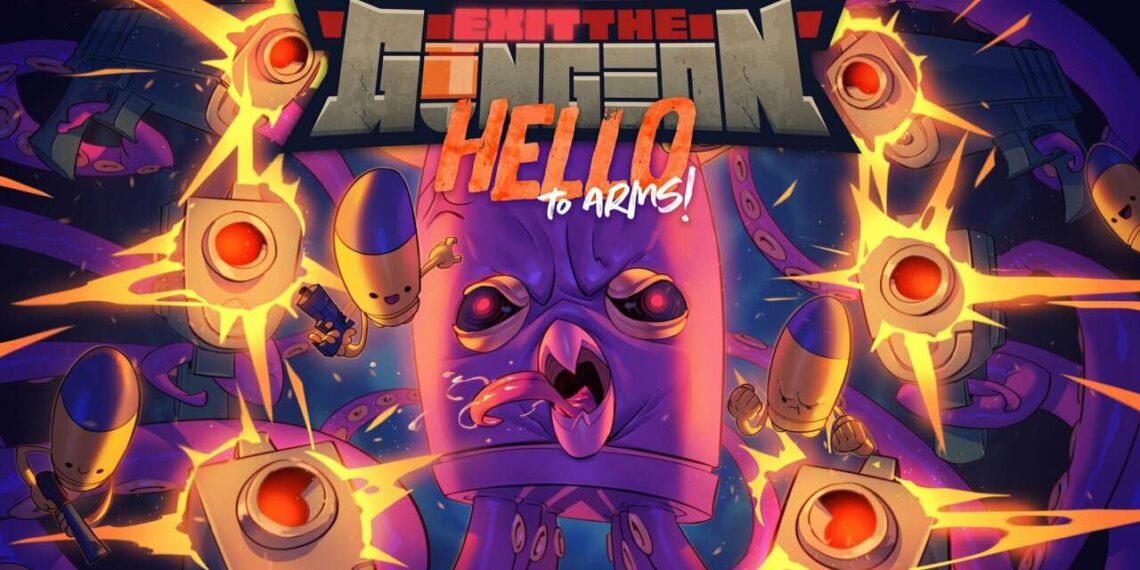 Exit the Gungeon, which was previously released for PC, Switch, and Apple Arcade, is now coming to the PS4 and Xbox One. The spin-off from Enter the Gungeon, which sees players escaping from dungeons while surviving waves of enemies, arrives digitally this week, alongside a major update for all systems.

Developer Dodge Roll has announced that the game is coming to these systems on Friday, November 13, alongside a new update for all systems. This update is called “Hello To Arms,” which is an inversion of Exit the Gungeon’s “Farewell to Arms” update. Clever.

This update, which will be available from day one on PS4 and Xbox One, adds various new guns and items, as well as an “Arsenal Mode” and something called a “Glocktopus”. We’re guessing that’s an octopus…but armed.