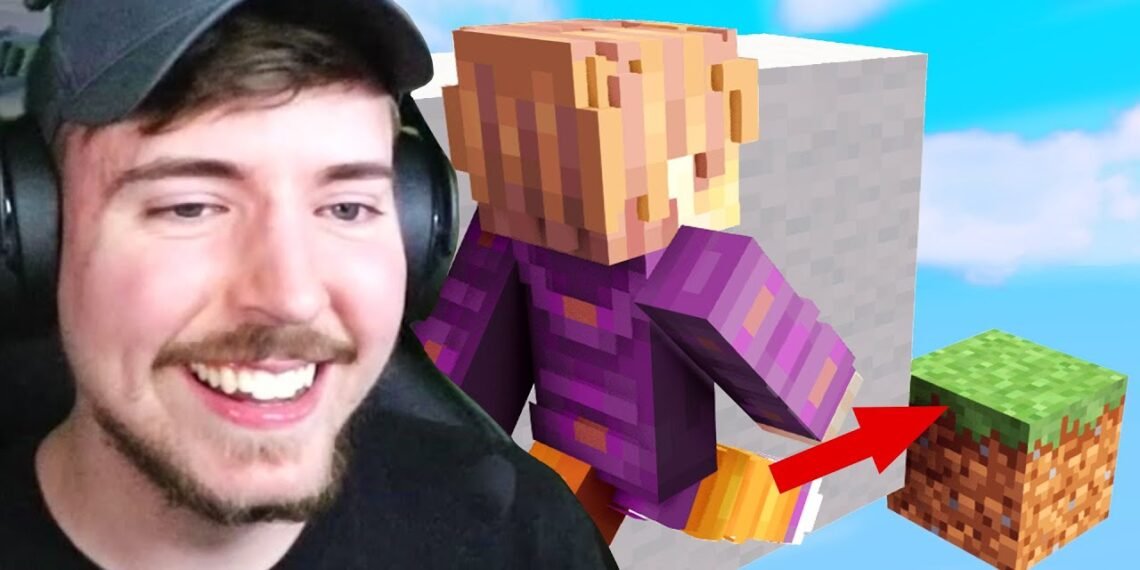 Mr. Beast is a very well known face of YouTube who is famous for doing insane challenges that no one could ever think of. From giving free items in various ways, to completing some whacky challenges, he is known to do things beyond comprehension. He apparently even gave away a whole island a month ago.

Mr. Beast posted a challenge on his gaming channel that involved an impossible parkour run in a custom Minecraft map. Minecraft is a game in which players can build their own entire universe from the scratch. Right from dismantling things to building anything, the game can do it all.

Popular YouTubers like PewDiePie made an entire series based on minecraft and this time, it is Mr. Beast who is reviving the popularity of this game. In a recent video, Mr. Beast challenged players to complete an impossible map run at the end of which, the winner gets $10,000.