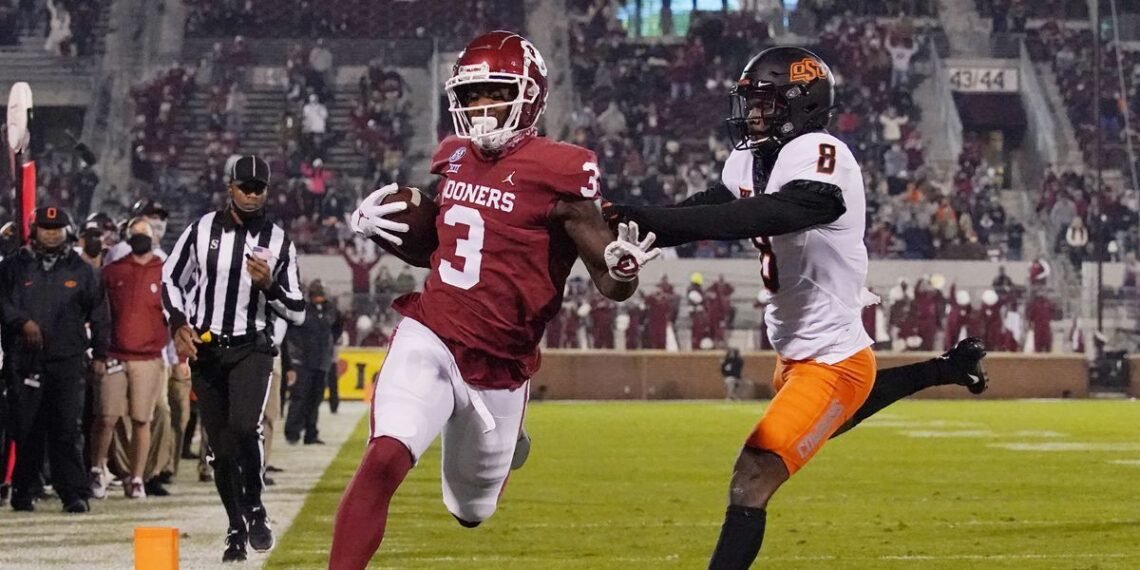 Oklahoma kept alive its hopes for a sixth consecutive Big 12 championship Saturday — something that seemed a remote possibility little more than a month ago.

In the process, the Sooners did what they do with regularity — beating Bedlam rival Oklahoma State and coach Mike Gundy 41-13 before a pandemic-limited crowd of 22,700 in Norman. Gundy fell to 2-14 against Oklahoma.

Sooners quarterback Spencer Rattler threw for four touchdowns and ran for another in the win.

No. 18 Oklahoma (6-2, 5-2 Big 12) now is in solid position to make the Big 12 championship game at AT&T Stadium on Dec. 19 with games remaining at West Virginia and against Baylor. Iowa State (6-2, 6-1) leads the Big 12 with Oklahoma, Oklahoma State and Texas each having two conference losses.