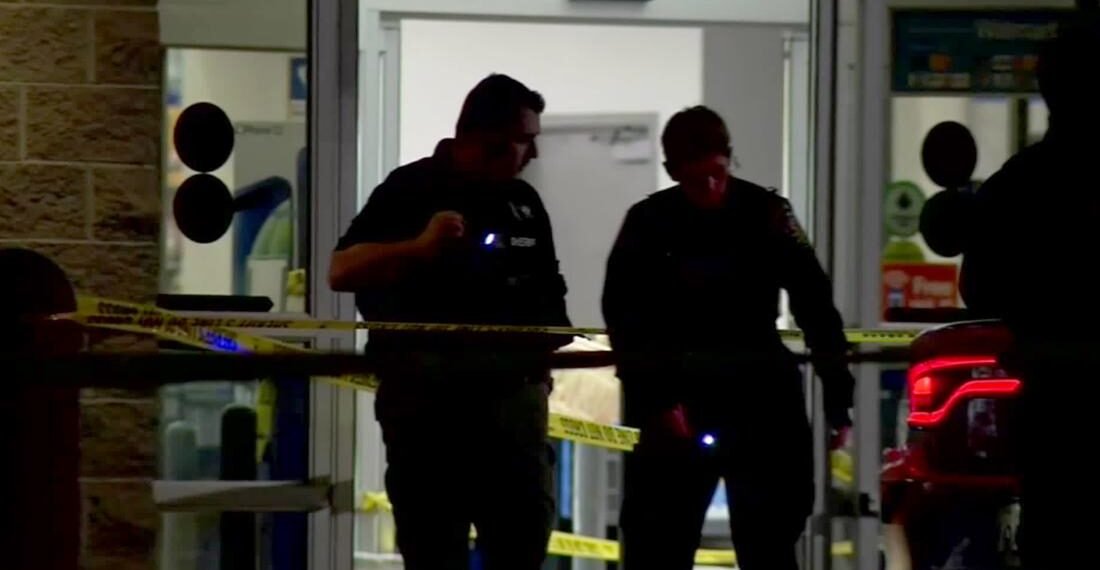 The incident began when two loss prevention officers at Walmart allegedly observed a man stealing items from the store and attempted to escort him into an office, according to a statement from the Loudoun County Sheriff’s Office.

Two deputies responded to try to take the man into custody, the statement said. During a struggle, the suspect pulled a gun from his waistband and allegedly started shooting, hitting both loss prevention officers and one of the two deputies, according to the sheriff’s office.

“I don’t know what the injuries were, certainly not severe enough to keep him from running and jumping into a truck and driving away,” Loudoun County Sheriff Michael Chapman said.

The truck was parked behind the store with the keys in it, according to the sheriff’s office.

A vehicle chase ensued, and the Fairfax County…